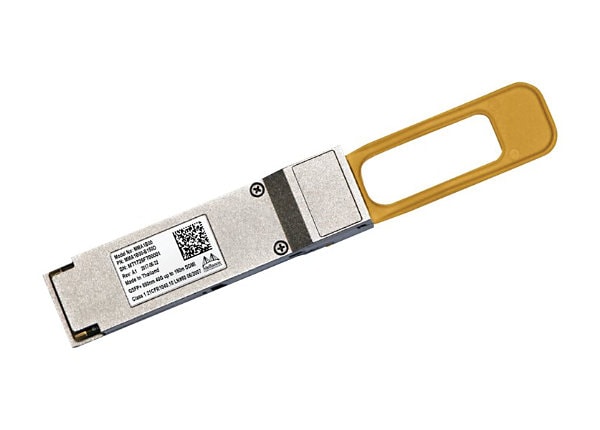 The MMA1B00-B150D transceiver has a standard QSFP+ connector on the electrical side towards the host system for power, control/monitoring and high-speed data. The optical interface is composed of four optical channels/fibers in each direction, intended for a parallel MMF cable via a standard MPO connector. The transceiver can operate 10.3125 Gb/s without retiming.