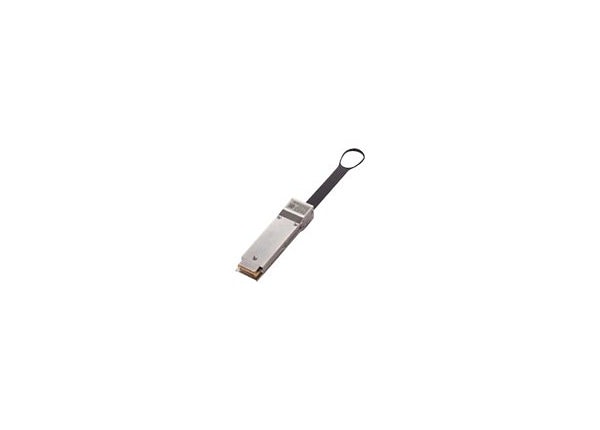 The MMA1B00-C100 has a standard QSFP28 connector on the electrical side towards the host system supporting CAUI-4. The optical interface is composed of four optical channels/fibers in each direction, intended for a parallel multi-mode optical cable via a standard MPO connector. Each channel/fiber operates at signaling rates up to 25.78125 GBd.