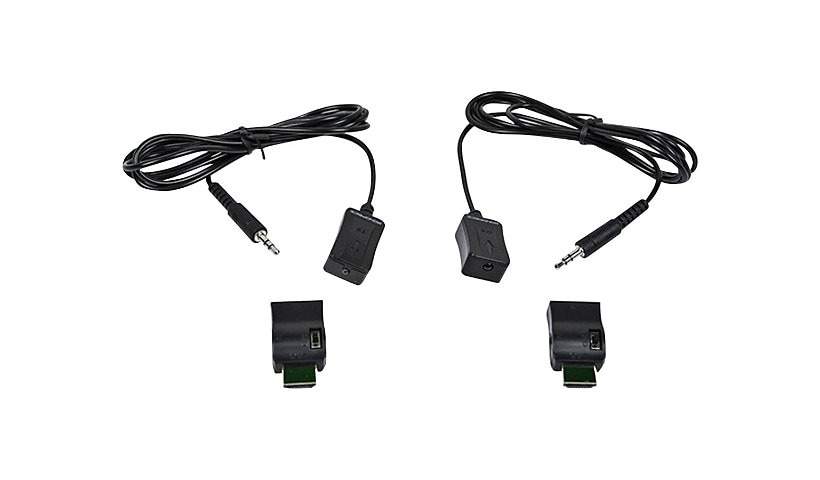 So you've got your HDMI splitter sending your video signal to the den so you can watch the game in peace. But the cable box is in the other room and you can't channel surf between the various games? It sounds like you need this IR Extender over HDMI from Monoprice!

Most other IR extenders are either wireless, which can cause interference issues with other wireless equipment, or hard wired, meaning you need to run another cable through your walls. This extender is completely different in that it uses your existing HDMI cable to carry the IR signal from one room to the other.

The kit consists of two small HDMI modules that fit on each end of your existing HDMI cable. Each module has a 3.5mm jack into which you plug the IR receiver or transmitter module. The receiver module accepts the IR signal from your remote control, while the transmitter module regenerates the IR signal and beams it at the IR sensor of your cable box or other piece of equipment.