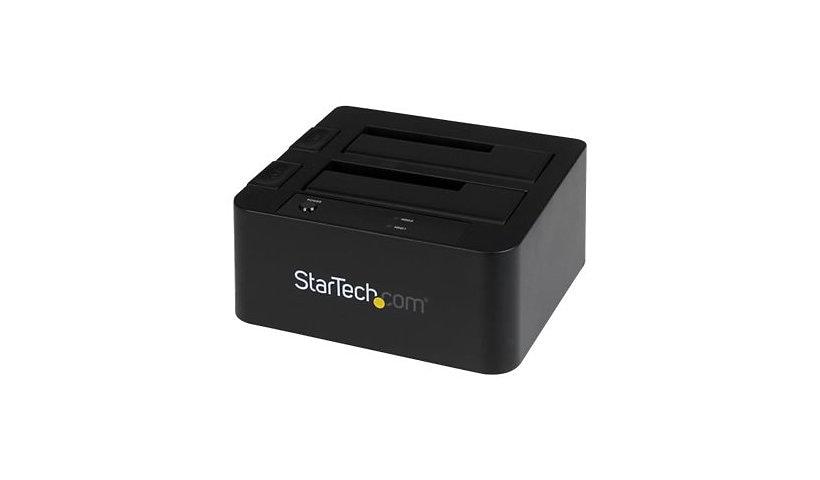 Easily connect and swap two 2.5 or 3.5in SATA III drives through eSATA or USB 3.0. The SDOCK2U33EB Dual 2.5/3.5" SATA hard drive docking station lets you dock and swap hard drives from your desktop or laptop computer simultaneously using a single eSATA or USB port.

For fast performance and efficient data transfers when connected through eSATA, the docking station supports full SATA III transfer speeds - up to 6 Gbps. For universal compatibility, the dock can be connected through USB 3.0 with transfer speeds up 5 Gbps plus support for UASP, which supports performance up to 70% faster than conventional USB 3.0 when paired with a UASP-enabled host controller to utilize the full potential of your SATA III hard drives.

The hard drive docking station supports the fastest drive technologies including SATA III (6 Gbps), hybrid drives and solid state drives (SSD), ensuring you can save time by getting the most out of your drive performance.