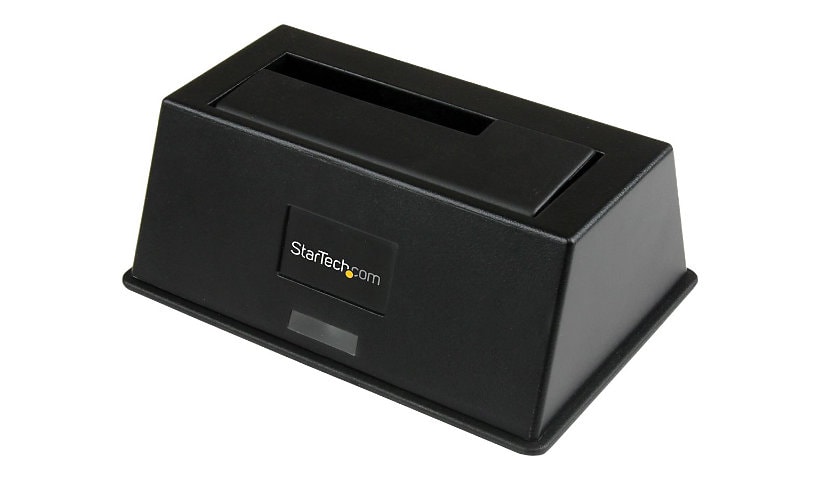 Dock your 2.5in or 3.5in SATA III SSDs/HDDs over USB 3.0 with UASP. The SDOCKU33BV UASP-enabled USB 3.0 docking station makes it easy for you to connect and swap 2.5in or 3.5in SATA III hard drives (HDD) and solid state drives (SSD) through an available USB port. The dock performs up to 70% faster than conventional USB 3.0 when paired with a UASP-enabled host controller to utilize the full potential of your SATA III hard drives.

With support for large capacity SATA I/II/III drives (tested up to 4TB), and 2.5in or 3.5in drives this HDD/SSD docking station is compatible with virtually any SATA drive, and greatly increases the storage/backup capabilities of your computer.

Extend the value of this hard drive docking station further with the addition of the SATA to IDE Hard Drive Adapter (SAT2IDEADP), allowing easy insertion of any 2.5 or 3.5in IDE hard drive into a SATA hard drive dock.