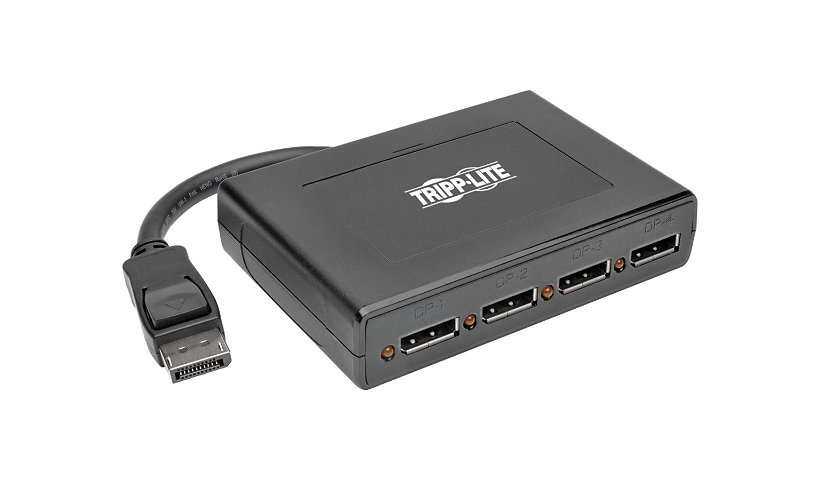 The B156-004-V2 4-Port DisplayPort 1.2 MST Hub connects up to four DisplayPort monitors to the DisplayPort output on your computer. Ideal for digital signage in schools, churches, conference rooms, trade shows, hotels and retail outlets, this hub allows you to display the same image on all four monitors, extend the desktop across them, or combine all four into one large monitor in video wall mode.