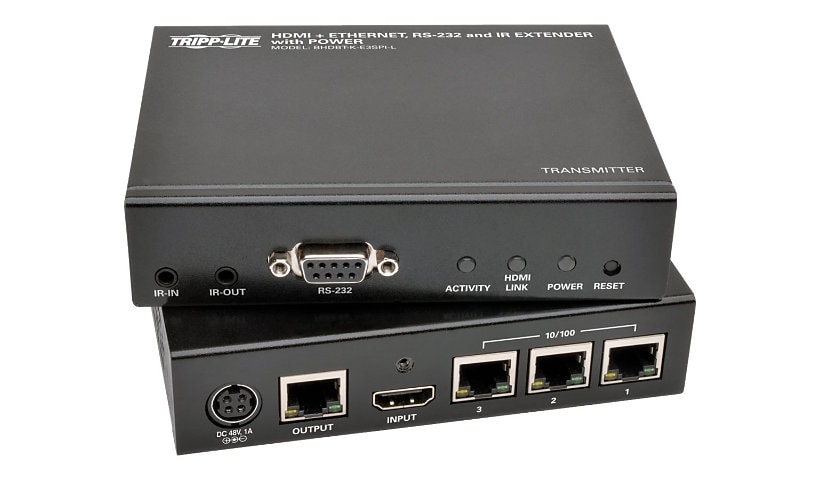 In addition to HDMI, RS-232 and IR signals, this extender kit features built-in PoE technology, which powers the receiver over Cat5e/6/6a cable, eliminating the need for an external power source. Three built-in 10/100 Ethernet ports on both the transmitter and receiver allow connected devices, such as a Blu-ray player, cable/satellite box, and HDMI television, to communicate with each other and access online content via LAN.

You can also control RS-232 serial devices, such as touchscreen displays or scanners, at baud rates up to 115 Kbps. The two-way IR remote control feature(@ 39 KHz) lets you control your Blu-ray player using its remote when at the remote monitor or control your remote monitor using its remote when at the Blu-ray player. Locking HDMI ports (ideal for use with Tripp Lite's P569-006-LOCK high-speed HDMI cables with locking connectors) on both the transmitter and receiver prevent cables from coming loose or undone, ensuring an intact signal.