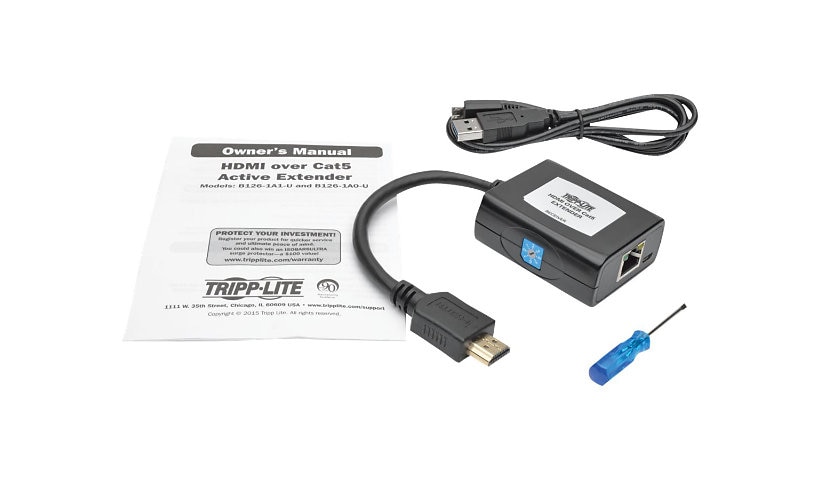 The B126-1A0-U HDMI over Cat5/Cat6 Active Extender works with Tripp Lite's B126-002 or B126-004 transmitter to extend an HDMI audio/video signal to an HDMI projector, monitor or television. It's ideal for digital signs, trade shows, presentations, classrooms, churches, retail settings and other applications where the video source is located farther than conventional cables allow.

The B126-1A0-U can extend a 1080p (@ 60 Hz) signal up to 38.1 m (125-ft.) with full, rich stereo. Built-in RJ45 LEDs indicate the units are receiving power and a signal from the source. Built-in equalization control lets you fine-tune the image quality at the display. Easy to set up with no software or drivers to install. Works with all operating systems and HDMI sources.
Availability: Item Backordered
Check Warehouse Availability