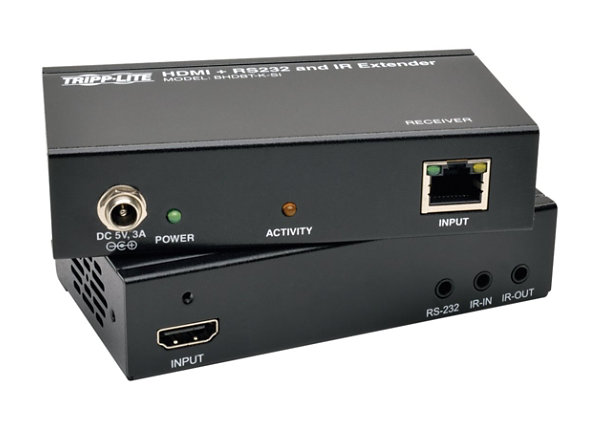 You can also control RS-232 serial devices, such as touchscreen displays or scanners, at baud rates up to 115 Kbps. The BHDBT-K-SI's 2-way IR Remote Control feature (@ 39 KHz) lets you control your Blu-ray player using its remote when at the remote monitor or control your remote monitor using its remote when at the Blu-ray player. Locking HDMI ports (ideal for use with Tripp Lite's High-S