Transforming Municipal IT with CDW and Dell VxRail 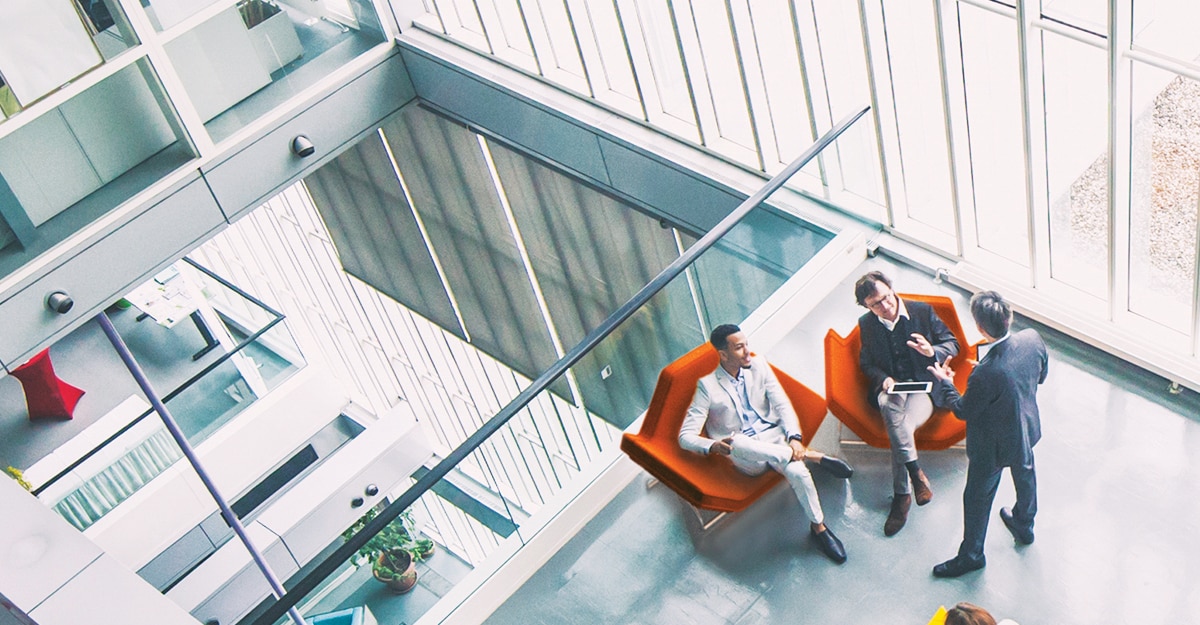 It’s no secret that IT departments are stressed for time. Just keeping systems operational can be an all-consuming endeavour, especially if you’re running systems with a small staff.

For the IT department at the City of Guelph, Ontario, a city of about 140,000 residents located about an hour west of Toronto, time was a valuable commodity. Unfortunately, much of their time was focused on keeping the city’s legacy infrastructure running smoothly.

Working with the City of Guelph showcased the power of the CDW and Dell partnership for our customers. Our experts identified the solution that VxRail offered based on real world customer experiences and leveraged past customer success to envision, plan, orchestrate and measure success once the technology was implemented.”  – Rony Toro, Business Development Manager, CDW Canada

Struggling with excessive complexity and expenses

A core feature of hard tokens is a screen for inputting and requesting access. This action can be done through an authentication code, biometric data, fingerprints, cryptographic keys or a secure PIN. The types of tokens used can include USB tokens, Bluetooth tokens, smart cards and more. In general, hard tokens are small and designed to be easily carried on a keychain or in a pocket or purse.

Other types of hard tokens include connected tokens, which need a physical connection to automatically connect or transfer data and require host input services installed on the intended device. USB tokens and smart cards are common connected tokens that are still popular today.

“The Dell and CDW partnership truly gives our customers an advantage when planning and executing modernization projects. Our CDW experts create educated opinions based on customer outcomes, not marketing material and the VxRail solution constantly delivers transformational outcomes that are tangible in the customers ROI, time to manage and the posture to adapt to modern applications in the future.”- Rony Toro, Business Development Manager, CDW Canada

With much of the city’s IT infrastructure nearing its end-of-life, Boyle took the opportunity to reimagine the city’s infrastructure with a modernized solution that requires less maintenance and less time, with a lower cost to upgrade and expand.

A key issue for Boyle was the city’s growing requirements for storage to keep pace with its data growth. It was also expensive, starting with the hard drives, and continuing through the shelving, networking, power and many other vendor-specific components that, in total, added up to big money.

Thirdly, the city’s storage required a lot of his team’s attention. Boyle says, “Everything around storage was becoming too convoluted. It was becoming too much for me to plan the life cycle management of it, for me to get my head around the licensing of it and for me to spend time diving into and learning vendor-specific details around the licensing, the storage networking models and the maintenance costs. It wasn’t bringing enough value to the organization.”

Turning to the experts at CDW

Steven Hett, CDW’s advanced technology account executive for the city and a veteran of the municipal IT world, says, “For municipal IT, there are two paths to take. You can stick with what you have and replace each device one by one and make another commitment for five years, or you can jump in with two feet and make that digital transformation.”

Rather than invest another $1 million into new storage and a half million into upgrading the host, Boyle started to look for an all-in-one solution. He liked the idea of hyperconverged infrastructure, which consolidates compute, storage and networking into one, easy-to-manage system, but anecdotal feedback made him hesitant. Also, he and his team didn’t have the time to fully investigate the options, which could take months.

So, Boyle turned to CDW Canada for an expert opinion.  CDW solution architects dug in and reviewed the city’s infrastructure and business needs, drawing on its deep experience with other municipalities. Toro says, “We saved the city’s IT staff months of research because that’s something they would have to do above and beyond their everyday work.” In showing Boyle the options, Boyle was impressed. He says, “CDW’s evaluation was very unbiased.”

The City of Guelph decided to make the transformation with Dell VxRail and isn’t looking back. “There’s a lot of positivity around the way Dell works with its customers,” he says, “and I heard good firsthand testimonies from other municipalities about its hyperconverged solution.”

A solution optimized for VMware

As a longtime VMware shop, the City of Guelph liked the idea that VxRail is co-engineered by Dell and VMware specifically to optimize VMware workloads. As a hyperconverged solution, it includes compute, storage, networking and virtualization resources in a single device. The solution maintains a “constant validated state,” meaning that all software components are completely vetted, ensuring fast, smooth upgrades. Dell VxRail puts the City of Guelph on a transformational path with real- word savings in rack space, power consumption and the time commitment for maintenance.

Boyle says, “For us, one of the benefits of going to VxRail is that Dell vets the software, they vet the OS and they vet everything having to do with the hardware that is in your data centre, from top to bottom. They are also the ones performing the upgrades. They’re the ones monitoring and mitigating any issues. I’m essentially getting an additional operational support person for really no extra cost. All of this expedites our journey to virtualization.” VxRail allows the city to migrate incrementally, a big plus when business continuity is paramount. Boyle estimates the full migration will take about 12 months and the project is on schedule to be completed by the end of 2021.

The city’s new architecture enables new services to be deployed in days—or for large projects, weeks – instead of months because of the reduced time for getting new hardware operational to support new initiatives. For example, the time to deliver new servers is reduced. In the past, when someone requested a server, Boyle’s team had to do the configuration and cabling. Boyle says, “There was a considerable amount of hardware setup and software setup, as well as hardware procurement that needed to happen.” In addition, there were host limitations to work around and licensing issues to deal with.

“Whereas with VxRail,” he continues, “we have the capacity. To set it up, we simply create a virtual machine. There’s no hardware configuration, no software setup and no additional licensing. When the organization really needs something, and they need it fast, we can deliver it to them, usually before the deadline and with no hidden fees, costs or surprise limitations.”

The time savings for Boyle and his staff is significant. After-hours maintenance is a thing of the past as the city can upgrade the full stack during regular working hours, including its hardware, firmware, operating system, and VMware across its entire infrastructure with one touch. Boyle also expects troubleshooting time to be reduced as well.

Boyle says, “It’s been a money and time saver, along with getting a performance increase. It’s been a time saver simply because of the management that Dell brings to the table and also because of the completely integrated package—not just the hardware, but also the software, the vetting of the software and the support of the software for the whole VMware stack.” VxRail upgrades are vetted months before they’re released, so everything is tested and validated. It won’t crash the system or stop production.

Reduced footprint and power consumption helps the city reduce its carbon footprint. Boyle says, “We’ve reduced our data centre by 33 percent so far, and we’re hoping for another 33 percent by the end of 2021.”

Getting vendor support is now much faster and easier compared to the old days. Shawn Muir, Dell’s account executive for the City of Guelph, says that in multi-vendor environments, “It can be unclear where a problem is and who should be responsible for it.” Boyle says, “Dell and CDW gave me the solution that takes that all away. In a world where we need to reduce stress, increase productivity and reduce operating costs, Dell and CDW provide that.” Muir adds, “With the VxRail solution, there’s no confusion, and it only takes one phone call to get any type of support.”

Boyle says, “Dell and CDW put me into a position where I can be more successful, simply because of their support. I didn’t hire anybody new. We haven’t changed anything outside of this migration, but we no longer have to sit here and wonder whether or not we should upgrade to XYZ code, whether or not it’s going to create a conflict, and if so, who do we call?” To date, the city has had no major incidents with its Dell VxRail system.

The city is in the process of setting up infrastructure to deploy a large enterprise asset management system. Because the city is using VxRail, it can easily purchase the number of hosts needed to satisfy Maximo’s requirement for 40 servers, cable them, load the VMs, and turn them over to the software team. Boyle says, “To date, that’s our largest single deployment for an application, and I would say that it’s our easiest and quickest deployment for an application of that size.”

The transformed infrastructure also helps Guelph’s IT department get a foothold into the cloud with a new Microsoft Azure-based backup system, which replaces the city’s tape backup. Moving forward, Dell VxRail puts the city in a good position to move workloads or applications to the cloud as it sees fit.

Responsive support with one phone call

Boyle says that getting a host and hypervisor from the same company has distinct advantages. “Dell brings the best of breed to the table,” he says. “And VMware is the leading-edge hypervisor and virtualization software. To have both of those working together and to have one phone number to call is a massive benefit to me and to the organization. When I call Dell, right away they know if it’s a hardware or software issue and they patch me straight over.”

CDW has provided the city with exceptional support. Boyle says, “The people I work with at CDW make my job easier. They meet with my boss and provide executive data and facts, and they bring people to the table who answer questions from my team on a technical level and put their minds at ease while showing them exactly how the technology works. That’s the reason why we’ve moved to CDW.”

He says that most vendors, when you need them, want to schedule a meeting in a week. “Even on small projects, they move mountains to support you. The entire company, from the salesperson to technical support to their bench of experts, they’re available within a day,” he says.

Muir says, “The city’s relationship with CDW Canada was absolutely instrumental because it was moving from a legacy platform and introducing Dell, which was a risk for them. Having a trusted relationship with a partner like CDW added to the reassurance that VxRail is a good fit for the city.”

To get started on your own IT modernization, contact your CDW account team or visit cdw.ca/datacentre for more information.