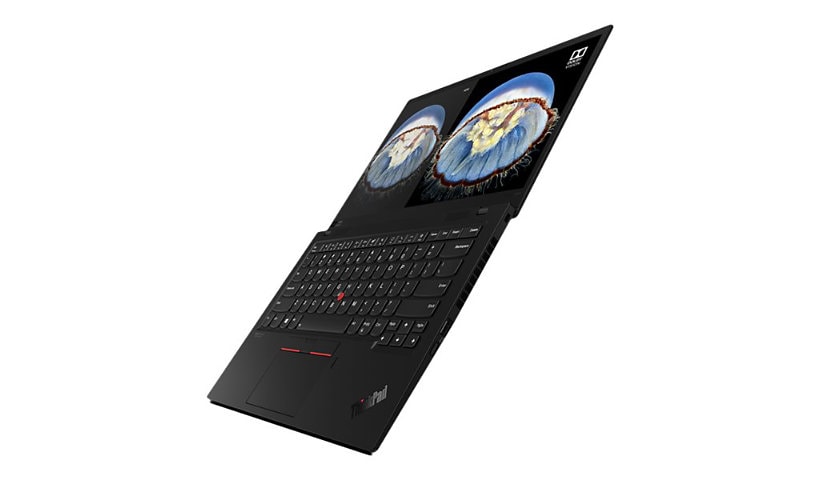 With a powerful processor, the ThinkPad X1 Carbon Gen 8 is faster than ever no matter the task. It delivers long-lasting power and productivity when you're on the go. When you do need some juice, Rapid Charge boosts battery life up to 80% in just an hour.

With always-on responsiveness, you can wake the ThinkPad X1 Carbon Gen 8 from sleep in less than a second and be able to browse the web a second later. With Wi-Fi 6, you get fast and reliable connections, even on networks with lots of devices attached.

With the Dolby Atmos Speaker System, the ThinkPad X1 Carbon Gen 8 includes two upward-firing tweeters and two downward-firing woofers to create an immersive sound experience. What's more, four 360-degree microphones cancel unwanted noise when you're on calls, and pick up your voice from across the room - so you can use voice activation to wake your system, play music, and more.

This item was discontinued on December 29, 2022