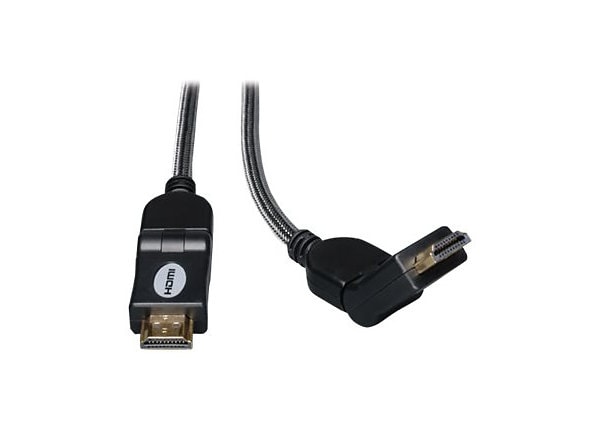 Main Features
Tripp Lite's High Speed HDMI cables with Swivel connectors make it easier to install audio and video components against walls - the rotating connectors are able to swing the cable plug up to 90 degrees, left or right, creating just the right angle between the connector and the cable so that you will need just half the mounting space. This also keeps the HDMI cable from being pinched in tight quarters, which could degrade signal performance. Supports iPad2 Video Mirroring when used with Apple Digital AV Adapter. HDMI assures that the best audio/video signal is always sent from the source (HDTV signal, Blu-Ray Player) to the display (Projection Television, LCD, Plasma, etc.). It does this by allowing uncompressed video and multi-channel audio data to be input to the display device through one single cable. An HDMI connection allows input at high rates of speed, up to 18 Gbps.