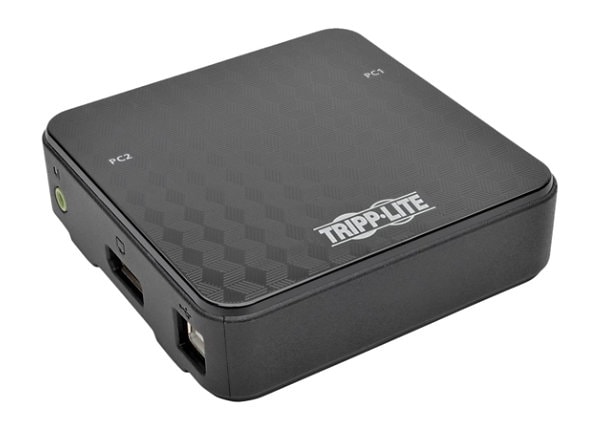 By adding a powered USB 2.0 hub (sold separately) to the switch, you increase functionality by allowing USB peripherals - such as printers, hard drives, scanners, webcams and thumb drives - to be shared between computers. You can also plug microphones and speakers into the 3.5 mm mini-stereo jacks. Because audio and the B004-DP2UA2-K can be switched independently of each other, you can access one computer while listening to audio on the other.