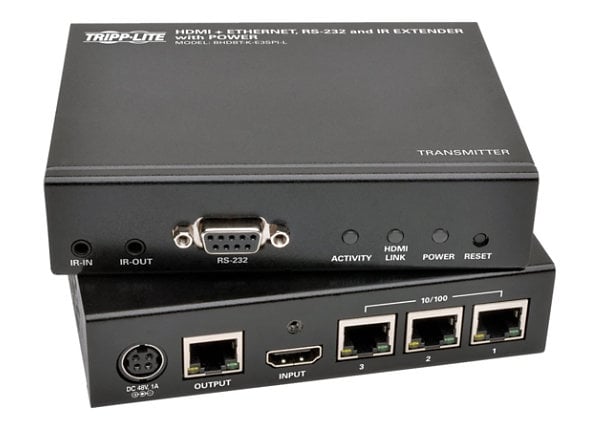 In addition to HDMI, RS-232 and IR signals, this extender kit features built-in PoE technology, which powers the receiver over Cat5e/6/6a cable, eliminating the need for an external power source. Three built-in 10/100 Ethernet ports on both the transmitter and receiver allow connected devices, such as a Blu-ray player, cable/satellite box, and HDMI television, to communicate with each other and access online content via LAN.